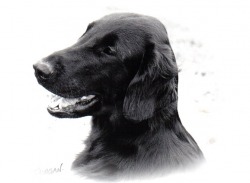 Known far and wide as my 'calendar girl' Lucy's picture was chosen to go on the cover of the first ever Flatcoated Retriever Society calendar, even though I had not put her picture forward for the calendar. This picture was subsequently used on the Discover Dogs literature. Lucy was more often referred to as The Lady Lucinda or The Honourable Lucinda. She was a great ambassador for the breed.
She enjoyed working and was a an easy bitch to work being very biddable. She was a great character who will always be missed by many people who knew her.
Sire Exclyst Watchman x Dam Evarace Use The Wind 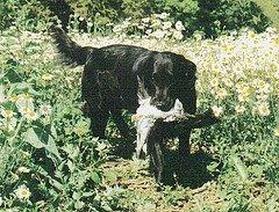 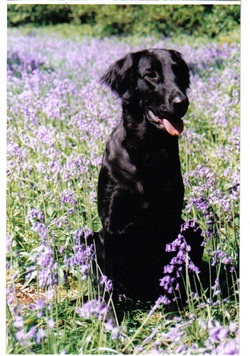 Rose came to join us here and hopefully be the dam of the first Foxpath litter in many years, however it was not to be, she got a chronic chest infection and the medication she was put on affected ability to conceive. Having been told the medication would shorten her life considerably, we were pleased to have her with us for eleven and a half years.
Rose was a hard running bitch and on shoots she never stopped. Everything asked of her was completed at top speed. A great favourite of Geoff one of our keeper friends he would often ask for her to be in the beating line or with the 'walking gun'.  When we took on a rescued springer spaniel from a puppy farm she adopted the little spaniel as her own puppy the moment he came into the house, and they remained close like mother and son until she passed away.
Sire Emanon Dependable ex Dam Emanon Home Seeker 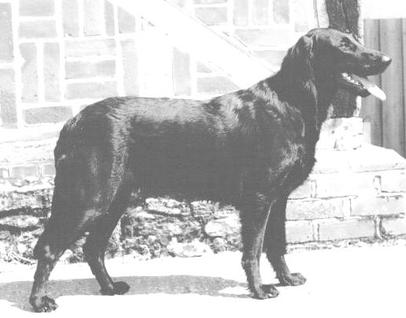